There was an error retrieving images from Instagram. An attempt will be remade in a few minutes.

We were really impressed with our hostel in Hoi An. It belongs to the Vietnam Backpackers Hostels chain and includes a free breki (always a bonus as a backpacker), a swimming pool, a huge portfolio of trips to sign up to and even some free ones. The staff (mainly Vietnamese) were so friendly and always had a smile on their faces. We felt right at home straight away and before we knew it, we were roped into making a team for the pub quiz that evening. We met lots of English backpackers whilst we were staying there, some of which had their own medical stories to tell which made me feel slightly better about my still very sore motorbike injuries. We had booked a private room as it was actually cheaper than booking a dorm and when we first arrived the staff told us it was on the third floor (no lift). After I explained that I was having trouble walking especially up stairs they managed to change us to a room on the first floor which was a life saver.

For our first day in Hoi An we really just chilled, taking time to Skype my parents and getting to know the other people staying in our hostel. James signed up to go on a boat trip to Cham Island the following day which was run by the hostel but I decided to give it a miss as I didn’t want to get my injuries wet and I still wasn’t drinking alcohol. James really enjoyed the boat trip but admitted that it was more about the party than snorkelling or seeing much of the local culture (as we’ve come to realise through previous experience). The hostel also run a free daily bicycle tour and although I really wanted to go, my knee just wasn’t up to it but everyone who did it said it was well worth it.

Hoi An is a well known destination on the backpacker route as it is renowned for being one of the cheapest places to buy a tailor made suit or a tailor made anything really. We were literally amazed that in a row of say 20 shops, at least 17 would be tailors and they would all be fighting for your business. Many have clothes they have made displayed on mannequins outside the shop in order to draw you in. Anything from suits to dresses to shoes to jeans. They literally can make almost anything in just 24 hours. If you show even the slightest bit of interest in what they have on display, they will pull you into the shop, sit you down in front of a huge pile of catalogues (mainly NEXT catalogues for some reason) and supply you with free bottles of water until you either buy something or build up the courage to say no thank you and walk away. It’s actually quite fun and as a late birthday present, James bought me three tailor made dresses which I had designed with the lady in the shop. The dresses worked out at around £13 each which is an absolute steal when you think about it. I would definitely pay that, if not more for a shop bought dress in the UK but this way I had been able to design them myself and have them made to measure so I was a very happy girlie. 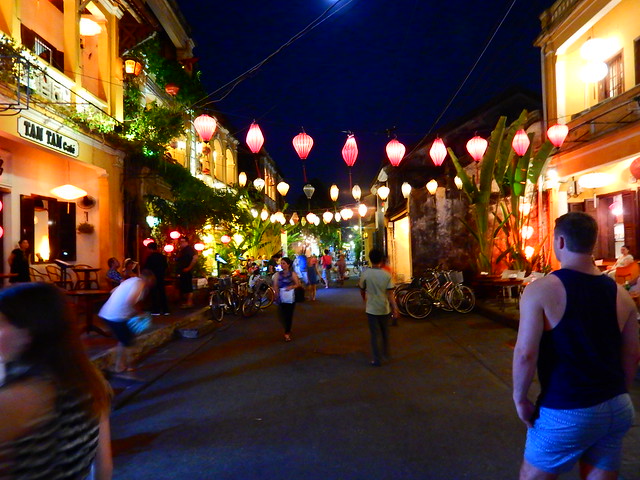 Despite being slightly immobile because of my injuries (i.e. not being able to walk very far), James and I did manage to find a few very nice places to eat. VI’s cafe is owned by a lady called Vi funnily enough, and she happens to be one of the most friendly and enthusiastic hosts we’ve come across on our travels. When we sat down to order she came and joined us on the adjoining table and we had a good chat. She was recommending things on the menu left right and centre and once we had placed our orders, she showed us her very interesting tactics to get the punters through the door. She would stand at the entrance to the restaurant/cafe and whenever someone walked past, cycled through or got out of a taxi, even if it was on completely the opposite side of the road, she would stretch her arm out straight, wave her hand with a huge smile on her face and shout “hello” at the top of her voice, acting as if she had known the person for years. From what we saw, the majority of the time would result in the complete confusion of the other person who had no idea who this crazy lady was but her enthusiasm was really infectious and we really enjoyed our food and her hospitality.

Another place we found was along the riverside and called The Cargo Club. We found it on TripAdvisor and decided to give it a go, it turned out to be a great surprise. The building itself is quite modern and well maintained. Its located right on the river and we sat on the rooftop terrace overlooking the water. Their menu is extensive and surprisingly cheap. The best part was when the food arrived. The quality and presentation of the food dished up was outstanding for the price and the drinks weren’t too steep either. After an amazing meal we decided to walk along the river and both paid 10,000 Dong (30p) to put a paper lantern into the water. The act of making a wish, saying a prayer or thinking of someone special as you place the lantern in the water can be quite sentimental, but unfortunately that is soon spoiled and the guilt sets in when your gaze extends to other parts of the river where you can see the pile of lanterns that have burnt out and started to pile up underneath the bridge. 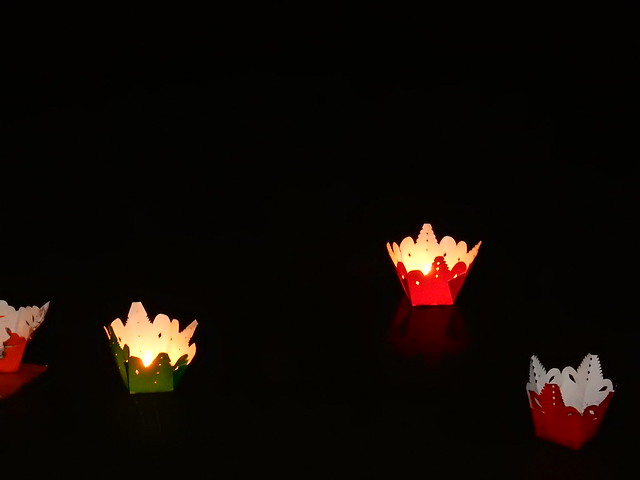 The streets surrounding the river in Hoi An are very quaint and lined with shops selling souvenirs and tailor made clothing. It’s semi pedestrianised as no cars are allowed on the roads but motorbikes, scooters and bicycles can still ride through.

During our time in Hoi An, the Vietnamese were celebrating a festival called Tet Trung Thu/Mid Autumn Festival which revolves a lot around the children in the community. We were very lucky actually as many people say Hoi An is the best place in Vietnam to witness the celebrations. Every night we would see dragons dancing in the street to the sounds of drums. The dragons looked a bit like the Chinese dragons which had several children underneath the costume to create the illusion of its movement. One night there was also a huge lantern festival where the river was apparently completely lit up with candles but we didn’t make it as I didn’t really want my injuries to be knocked around by the crowds. 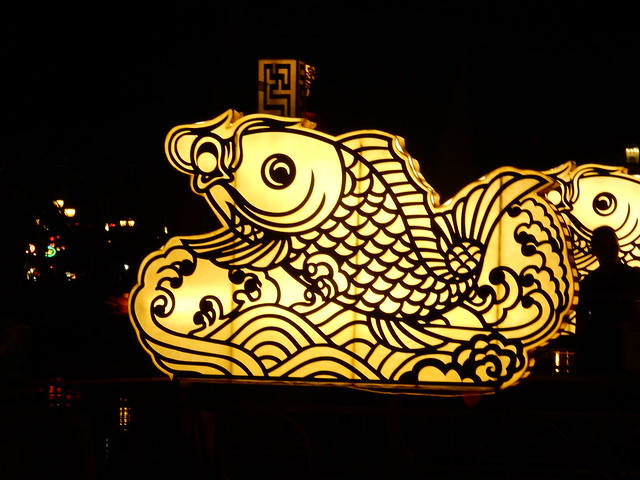 We were both very impressed with Hoi An and definitely didn’t get around to seeing all it has to offer but I guess there’s always next time.

View all posts by tortugatravel

3 thoughts on “Vietnam: Hoi An”